Before there was any life on earth, God made a man and named him Moon. He sent Moon to live on the bottom of the sea, but Moon wanted to live on the land. Despite God’s warnings of how hard life would be, Moon went to live on land.

Eventually the lifelessness of the land made Moon so unhappy that he wept. God took pity on Moon and sent him a wife named Morningstar to keep him company for two years. When Morningstar came from heaven to live with Moon, she brought fire with her, for it had not existed on earth before. She built a fire in the middle of Moon’s hut and slept on the side opposite him. In the night, however, he crossed over and made love to her. By the next morning, she was swollen, and she gave birth to the grasses and trees and other plants, and soon the world was green with life. The trees grew until they touched the sky, and then the first rain fell from the clouds that they touched. Thus life on the land flourished, and Moon and Mornngstar led a bountiful life in their new paradise.

At the end of her two years, Morningstar returned to the heavens to live there forever. Again Moon wept in his loneliness. God offered him another wife, but he warned Moon that this time the husband would die after two years. Thus Eveningstar came to live with moon. When they first made love, she gave birth to goats and sheep and cows on the next day. On the day after that, she gave birth to the antelopes and birds. On the third day, boys and girls were born.

Moon wanted to sleep again with Eveningstar, but God warned him that he should not. He did so, however, and on the next day Eveningstar gave birth to the lions, the leopards, the snakes, and the scorpions that plague humankind because Moon ignored the warning.

As Moon’s daughters grew up, they became beautiful, and he wanted to sleep with them too. He did so, and they had many children. Thus Moon came to rule over a far-flung kingdom of his descendents. Eveningstar was jealous, however, and she sent a snake to bite her unfaithful husband. He soon fell ill, and the rainfall that his people had enjoyed stopped. As the rivers dried up and famine began, his people concluded that it was his fault. Eventually they rose up and strangled him, and they set another man in his place as king.

The people threw Moon’s body in the ocean, but he rose from the sea to the skies to seek his first wife Morningstar, in hope of reliving their life in the paradise they had made. 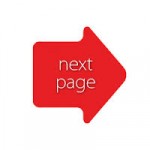 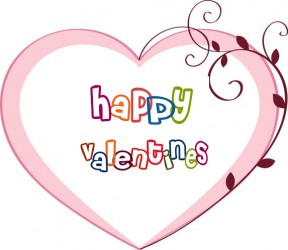 Love is almost magical world and that is the best thing when it is experienced. When two are in love there communication Woman having an affair with boy friend. Her kid does amazing things

November 14, 2015 mownica kbrk Comments Off on Woman having an affair with boy friend. Her kid does amazing things